If you own residential premises that you rent out, you should be aware that you may no longer be able to claim travel deductions connected with trips you make to and from those premises.

Travel expenditure incurred on or after 1 July 2017 in connection with residential premises from which you earn rent or other assessable income will not be deductible (subject to certain exceptions – see below). This includes expenses for travel undertaken to, for example, collect rent, inspect, or maintain the premises.

The measure was originally announced in May as part of the 2017–2018 Federal Budget. We now have legislation that will implement this.

Some workplaces require their staff to wear a uniform. Or if you’re a tradie, you will be required to wear steel capped boots, heavy duty protective clothing and other items. You could claim:

It does not matter where the residential premises are located. For example, if you travel by car to mow the lawn of a house you rent out, you will not be able to deduct those car expenses. Similarly, if you fly interstate for a couple of days to inspect an apartment you rent out and you stay in a hotel, you will not be able to claim a deduction for your flights, hotel, meals and taxis (eg, to and from the airport or from the hotel to the apartment).

There are a number of exceptions to this, which are as follows:

If the residential rental premises are owned by a partnership, the travel expenditure will not be deductible unless all members of the partnership are one of the excluded entities listed above – ie, a company, managed investment trust, public unit trust or superannuation fund that is not an SMSF.

The changes will not prevent you from engaging third parties such as real estate agents to provide property management services for an investment property. These expenses will remain deductible.

There are two other related measures that were announced in the Federal Budget:

Do you rent out residential premises?

If you rent out residential property that you own, please contact our office for further information on what is deductible from the tax you may owe. 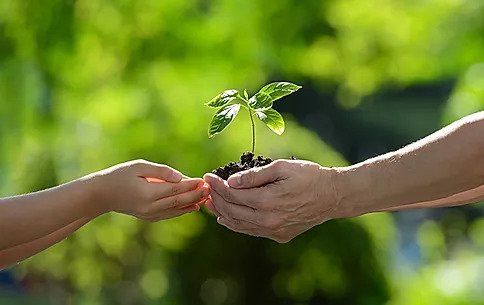 The ATO is increasing its efforts to crack down on employers who fail to make quarterly superannuation guarantee (SG) contributions of 9.5% on behalf of their employees. If you are an employer, regardless of whether you run a small or large business, now might be a good time to review your SG obligations before the ATO comes knocking. If a shortfall is discovered, simply rushing to make extra super contributions will not always be the best course of action. In fact, it can result in a double liability, so careful planning is required for dealing with any identified problems.

It is estimated that the shortfall – or gap – in SG payments could be around 5.2%, equivalent to $2.85 billion in missing super contributions (based on estimated figures for 2014–15). This gap is the difference between the theoretical amount due by employers to be fully compliant with their SG obligations and the actual contributions received by super funds. The Minister for Revenue said the failure of some employers to meet their SG obligations to employees has been a problem ever since SG was introduced in 1992.

ATO Deputy Commissioner, James O’Halloran reported recently: “While this analysis shows that 95% of the estimated superannuation guarantee is paid to employees, the gap exists because some employers appear not to be meeting their super guarantee obligations either by not paying enough or not paying it at all”. This follows recent pressure from a Senate Committee calling for the ATO to adopt stronger compliance activities, rather than its previous reactive approach.

In addition to following up all reports of unpaid SG, the ATO says it is increasing its proactive SG case work by a third this financial year. Mr O’Halloran added:

“We have improved our analysis of data to detect patterns in non-payment, and are working more closely with other government agencies to exchange information”

As if the Commissioner doesn’t have enough powers already, the Government has announced a package of reforms to give the ATO real-time visibility over SG compliance by employers. One of these involves additional ATO funding for a Superannuation Guarantee Taskforce to crack down on non-compliant employers.

Other key recommendations include the following:

Superannuation funds will be required to report to the ATO on contributions received more frequently, at least monthly. The Government says this will enable the ATO to identify non-compliance and take prompt action. It has been noted that this move to more regular SG reporting will place a greater cost burden on super funds, especially smaller ones.

The issue of director penalty notices and the use of security bonds for high-risk employers are measures set to improve the effectiveness of the ATO’s recovery powers, to ensure that unpaid superannuation is collected and paid to employees’ super accounts.

The ATO will have the ability to seek court-ordered penalties in the most serious cases of non-payment, including those employers who are repeatedly caught but still fail to pay SG liabilities.

If you are expecting leniency from the ATO for a first offence, think again. The Commissioner does not have any discretion at law to remit the SGC itself. The best a non-compliant employer can hope for is that the ATO may remit the 200% additional SGC penalty that applies for the late lodgment of a SGC statement.

Employers can also request the ATO to defer the due date for lodgment of a SGC statement. However, a deferral of time to lodge the statement does not defer the time for payment. The ATO will generally only extend the due date for payment where there are circumstances beyond the employer’s control (eg, a natural disaster or illness) and the payment can be made in full at a later time (or by instalments).

Do you think you could have a problem with your SG obligations? Speak to us about your options before the ATO is on your doorstep.