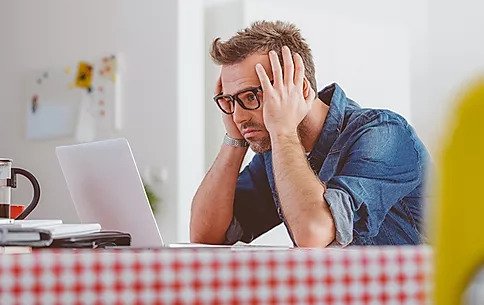 Tax scams are real and taxpayers need to be vigilant about bogus calls, text messages and emails from scammers. Some scammers go to great lengths to deceive taxpayers, including impersonating government representatives on the phone, sending fraudulent emails and even creating fake websites. It’s important to stay informed about what the latest scams look like, and know what questions to ask so you can avoid being scammed.

The ATO warns taxpayers to always watch out for scammers. Each year, the ATO receives a growing number of reports from the public of new phishing scams – it detected over 17,000 scams during the first half of 2017. Not only do scammers try to steal money, they also try to steal identities. The Government has identified several cases of misuse of stolen personal information that have led to fraudulent income tax returns, as well as GST, superannuation and welfare frauds.

Scammers are becoming more sophisticated in their attempts to defraud the public and trick people into handing over money, their tax file numbers and other personal information. A recent stratagem is to telephone people, displaying an official-looking ATO number as a caller ID so the victim feels confident enough to engage with the scammer and will provide personal information – this type of impersonation is known as “spoofing”. Sending emails containing links to bogus websites that mirror the official ATO website is also still a popular scamming method.

The typical story is that a fraudster contacts a taxpayer out of the blue claiming that the taxpayer has overpaid taxes and is entitled to a refund. The fraudster often asks the taxpayer to pay an “administration” or “transfer” fee to obtain the refund. They may also ask for the taxpayer’s personal details, including financial details such as bank account information so that the “refund” can be transferred. If the taxpayer hands over money, chances are that it is never seen again, and no transfer is forthcoming.

Another tactic is when fraudsters phone to demand that people pay allegedly unpaid taxes. The ATO is aware of one such aggressive scam where taxpayers are threatened with arrest if they do not pay a fake “tax debt” over the phone. Scammers may also demand payment in gift cards, such as iTunes or prepaid Visa cards.

“Scams are most prevalent during tax time, but it’s important to remain vigilant for them throughout the year.”

If you receive an email, a text message (SMS) or an unexpected phone call from “the ATO” claiming that you are entitled to a refund, that you owe taxes or that you must confirm, update or disclose confidential details like your tax file number, delete the message (do not click any links or download any attachments) or hang up the phone.

From time to time, the ATO itself will send emails, text messages or official social media updates to advise you of new services. However, the ATO’s messages will never request personal or financial information by SMS or email, and its representatives will never ask you to pay money into a personal bank account.

If you receive a call, an email or an SMS and are concerned about providing personal information, you can call the ATO on 1800 008 540 (8 am to 6 pm, Monday to Friday), forward the suspicious email to ReportEmailFraud@ato.gov.au or check your myGov account for any message from the ATO.

You can also contact our office for more information if you have concerns.